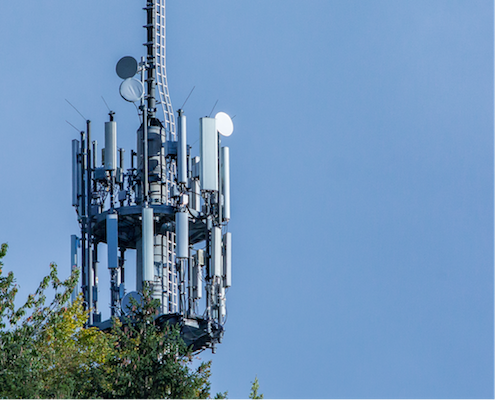 The International Agency for Research on Cancer (IARC), classifies EMF RF fields, such as those generated by mobile phone use, as “possibly carcinogenic.” Mobile phone radiation has thus been classified as a class 2B carcinogen. This group includes diesel fuel, car exhaust from gasoline engines, biocide lindane or pentachlorophenol PCP.

Health effects of high-frequency radiation such as mobile radio or WLAN can be manifested by symptoms such as chronic fatigue, insomnia, restlessness, nervousness or loss of performance. According to estimates, about five to nine percent of the population are already electrosensitive.

The permanent stress on human cells under EMF RF influence is also called electrostress. The term electrostress describes the negative biological or health effects or consequences that can result from human exposure to EMF-NF fields as well as EMF-HF waves. Children in particular should be protected from excessive as well as prolonged exposure to radiation.

Many devices can be easily connected with an Ethernet adapter (LAN connection), so that the use of smart devices is still possible “offline”.

We may request cookies to be set on your device. We use cookies to let us know when you visit our websites, how you interact with us, to enrich your user experience, and to customize your relationship with our website.

Click on the different category headings to find out more. You can also change some of your preferences. Note that blocking some types of cookies may impact your experience on our websites and the services we are able to offer.

These cookies are strictly necessary to provide you with services available through our website and to use some of its features.

Because these cookies are strictly necessary to deliver the website, you cannot refuse them without impacting how our site functions. You can block or delete them by changing your browser settings and force blocking all cookies on this website.

These cookies collect information that is used either in aggregate form to help us understand how our website is being used or how effective our marketing campaigns are, or to help us customize our website and application for you in order to enhance your experience.

If you do not want that we track your visist to our site you can disable tracking in your browser here:

We also use different external services like Google Webfonts, Google Maps and external Video providers. Since these providers may collect personal data like your IP address we allow you to block them here. Please be aware that this might heavily reduce the functionality and appearance of our site. Changes will take effect once you reload the page.